A range of natural food sweeteners are now widely available in health food shops. Below we discuss what they are and how you can use them. Some are available quite easily including namely Stevia, monk fruit, xylitol and erythritol. Others such as maltitol, sorbitol and thaumatin are found in commercially made products, but are not readily available for retail sale.

These products have risen in popularity due to the demand for less refined sugar in our diets, especially in the case of type two diabetes. Those following a ketogenic diet, where carbohydrates are kept to a minimum are also interested in these products. They are not classified as artificial sweeteners, like saccharin or aspartate, which are made entirely in food laboratories. These sweeteners are made from natural sources.

Stevia is a plant and it’s full name is Stevia rebaudiana. The leaves are a rich source of steviol glycosides, which, once extracted, are powdered and sold as Stevia. Other names can include Rebiana or Truvia which is a combination of Erythritol and Rebiana.  Stevia powder or liquid is 30-150 times the sweetness of sugar. It is heat-stable, so is appropriate for use in baking. It’s sweet taste is not immediately noticed, but once it is, the after taste can persist. If too much Stevia is added, the aftertaste can be quite bitter. So it’s useful to use less stevia than is suggested in a recipe, until you’ve used it a few times.

It has very few calories, because the sweet effect is triggered by the taste buds on the tongue. It is not metabolised as sugar. It is absorbed into the blood stream from the gut, metabolised by the liver and eliminated. Dried organic stevia leaves can be used to make a liquid extract, for use at home in desserts or cakes, as an alternative to the manufactured powders.

Monk Fruit is a sweet fruit native to southern China and northern Thailand. It was cultivated by Buddhist Monks many years ago. The fruit is crushed, infused in hot water, filtered and then concentrated. Manufacturers claim that it has zero carbohydrates and zero GI (glycaemic index), so it doesn’t raise the blood sugar when consumed. Monk fruit extract is generally powdered and is very sweet, so only small amounts are needed. For instance, use 6 drops in a cup of tea or half to one teaspoon in baking. It is often mixed with Erythritol. Although the sweet flavour is there, the taste is not to everyone’s liking, so try it out first before putting it in your favourite muffin recipe.

Erythritol and Xylitol are a class of sweeteners called alcohol sugars, because they are created when yeast ferments the glucose from corn or wheat starch, to produce a crystalline powder.  Erythritol is 70% as sweet as sugar, therefore use 1.4 times the erythritol as you would sugar in baking. It only has 6% of the calories of sugar. Ninety percent is absorbed into the blood stream and eliminated via the urine, while the remaining ten percent moves down into the colon and can cause fermentation with the bacteria of the gut. This can create discomfort and possible loose motions in some people. This is why caution is recommended in using these products for people with FODMAP sensitivities. These sweeteners do not increase blood sugar levels, because the body has no enzyme to break it down. One argument for their use, especially in foods for children, is their antibacterial effect in the mouth. Sugar can promote dental issues in children whereas Xylitol can support dental health. A traditional use of Xylitol by the North American Indians, was to chew on the bark of the silver birch tree to minimise oral bacteria. Silver birch trees were the original source of xylitol, but are no longer used.

These sweeteners cannot be used in baking items that require yeast, as the anti-bacterial properties will ‘kill off’ the yeast and render it ineffective. Thaumatin

Thaumatin is derived from the African fruit, Katemfe. It is an intensely sweet tasting protein, 100,000 times as sweet as sucrose. It is used in manufactured foods such as protein powders. It has a liquorice-like after taste at high levels and is classified as a flavouring agent rather than a sweetener.

A little tip for you - when using these sweeteners, consider reducing the amount of sugar in a recipe, and replacing some of the sugar with one of the above. That way you’ll have the benefit of reduced sugar intake, whilst minimising the possibility of an after-taste. Happy baking!

This wonderful article was written by our amazing Naturopath and homeopath Leanne. 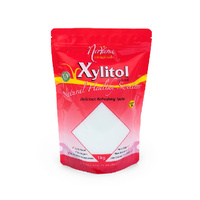 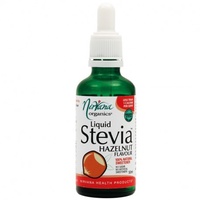