Are oats gluten free?.The short answer is no they are not.

For those with Gluten Intolerance' Uncontaminated oats may be suitable or Gluten free porridge for Coeliac's.

So why can some companies call their oats gluten free? Where to begin...

What is Gluten and Why is it an Issue?

Gluten is a type of protein found in many foods, the main ones being barley, rye, oats and wheat. The gluten protein has many different names such as gliadin in wheat, hordein in barley, secalin in rye and avenin in oats. Gluten was noted as an issue as far back as AD 100, when a Greek Doctor described coeliac symptoms in his writings. The Greek word for abdominal koitiaki, was later transcribed into English as Coeliac. Coeliac disease is considered an autoimmune disease, whereby the intestinal lining in your digestive system becomes damaged when exposed to gluten. This can then lead to malabsorption issues and all sorts of symptoms due to nutrient deficiencies. Some with Coeliac can still ingest oats without an issue, others cannot. It depends on the severity of coeliac disease and how the oats are grown/manufactured as to why some people can tolerate oats and others cannot.

When testing for the presence of gluten, food items and products are put through a rigorous range of protocols. However in saying this none of these tests can actually detect the avenin gluten protein found in oats; making oats appear as if they are gluten free. The response to this is different in the Food Standards Australia and New Zealand (FSANZ) and the USA/Europe. FSANZ state that because of this anomoly no one in Australia is able to make a claim that oats are gluten free. In the US and Europe they have different laws as they go by a Chicago study that claimed 'Oats don't contain gluten, rather they contain avenins which are tolerated by most coeliac's'. There is even a variance in studies that the FSANZ and the US Food Drug Administration (FDA) go by. The Chicago study state that < 1% of coeliac's patients react to the avenin gluten found in oats, whereas according to Coeliac Australia it is < 20%, which is a significant difference in findings. Whilst the US allows claims such as 'oats are gluten free', it also states that it must not be cross contaminated in any way.

How Does Contamination Occur?

How can Gluten Levels in Food Be Tested?

The FDA states that products may claim they are gluten free if the gluten content is less than 20 ppm (parts per million). However Australian testing methods are able to test as low as 3ppm; which again is quite a difference. Whether or not the FSANZ then tests imported 'gluten free' oats, to meet this 3ppm requirement is something I have not been able to find an answer to.
I don't know about you, but this is all still a bit confusing. You're probably thinking, do uncontaminated oats contain gluten or not? Yes they do contain gluten, but there is still such a variance in testing methods and contamination possibilities as to whether a product is deemed gluten free or not. In many studies it is shown that whilst oats do contain the gluten protein avenin, most people with gluten intolerance or coeliac disease can tolerate oats as the structure of the avenin protein behaves differently in the body, compared to say wheat gluten. If in doubt consider a gluten free porridge option
In short if you have coeliac disease or are gluten intolerant seek advice from a qualified practitioner as to whether or not you should or can safely eat oats. 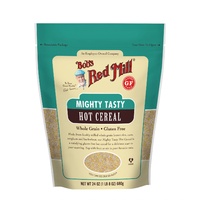